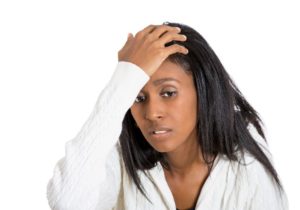 My name is Titilayo, and this is my story. I know many people will criticize me after reading this story, but I have to share it to the world. Do you know why? I don’t want any lady out there to make the mistakes I made that ruined my marriage. Just as the headline stated, having sex with my best friend destroyed my marriage.

Check This Out: Do You Know That Most Nigerian Girls Have Four Boyfriend?

You know that guy we call our ‘bestie.’ He’s a cankerworm that can eat up the happiness and peace in your marriage if you aren’t careful. Trust me, the greatest mistake any married woman can make is to have a male best friend. I’ve been there before; it doesn’t always end well.

I met my ex-husband Ola during my undergraduate days at the University of Ibadan. He was a very handsome, intelligent, and hardworking young man (He still is). Kindness is his second nature, as he will always go extra miles to make people happy.

It still breaks my heart how I cheated on Ola and took his love for granted. Having sex with my best friend in marriage changed everything. Don’t worry; I’ll tell you how it all happens.

I met him in my third year at the University. He was one of those popular guys in my department, although he was in his fourth year then. We started as friends, but things moved quickly, and we became an ‘item.’

I never regretted my relationship with Ola because he’s the type of man I need. You know the kind of man we all crave to date? Trust me, that’s Ola. And he graduated a few months after I met him.

The Status Of Our Relationship After Ola’s Graduation

I thought my relationship with Ola would probably end in school gate. But it didn’t. In fact, we became more serious after he graduated. We would speak on the phone for over an hour and still have something to say. I didn’t need a soothsayer to inform me that Ola is my soulmate.

Six months after graduation, Ola got his NYSC posting letter. He was posted to River State. The relationship was still as romantic as always. We made video calls, chat on Whatsapp, and visit each other once in a while.

Immediately after NYSC, Ola got a job with a big oil and gas firm in PortHarcourt. At this point, he was more eager than ever to take the relationship to the next level. But I wanted to finish my NYSC program before marriage. We talked things out, and he was cool with it.

After graduation, I was posted to Calabar for NYSC. Being a lady, I wanted to experience life differently. I mean, I want to associate, meet new friends and open up to better possibilities. It was during my NYSC days I met Effiong.

Effiong happened to be my friend during NYSC. He had a girl then, and of course, I had Ola. So, we were just friends, nothing more. Unlike Ola, Effiong is friendly, witty, and fun. Don’t wrong, I didn’t say Ola was annoying, but his new job made him too serious to my liking.

After a while, my friendship with Effiong became closer. We started confiding in each other. In fact, sometimes, I discussed Ola with him, and he would advise me accordingly. At a time, I started enjoying Effiong’s company more than Ola’s.

Read Also: Why You Should Never Give Up On Someone You Love

Ola Took The Bold Step After My NYSC

A week to the end of my service year, Ola came to Calabar and proposed to me.

Five months after the proposal, we did our traditional wedding. Marriage life was fun as Ola was ready to do anything to make me happy.

He was always proud of me and made me feel special. Like I mentioned earlier, his job took most of his time. Sometimes, when he will be offshore for 3weeks and be with me for one week. I know he was trying so hard to make the family comfortable, but I was always lonely.

However, whenever he was onshore, he tried as much as possible to make it up with me. But it wasn’t always enough.

Three years after our marriage, I bump into Effiong in PortHarcourt. You remember the name, right? My best friend during NYSC. We started meeting up more often, and we would discuss a whole lot of things. Interestingly, we never got tired of talking, but we’re still friends at this time.

Due to my closeness to Effiong, I seldom noticed my husband’s absence. He would take me out and makes me feel so special.

At a time, I started missing Effiong when we aren’t together. I was gradually falling for him without knowing. Come on, why won’t fall in love with him? He works as well, but he still spent time with me his friend. And my husband had little or no time for me. Well, I’m not justifying my actions. No matter what, having sex with my best friend (Effiong) is an action I still regret till date.

When I Started Having Sex With My Best Friend Effiong

Although I had feelings for Effiong, I never knew it would go this far. One day, Ola came to the house to spend his normal one week with me. I barely noticed his presence, as I was always chatting and looking for a way to be with Effiong. Ola wasn’t cool with it, and we had a fight, he shouted at me and left for work angrily. Remember, he won’t come back from work for three weeks.

I called Effiong briefly after my encounter with Ola and sounded so emotional, and he came around to my house immediately. I told him what had happened, and he coddled me. One thing led to another; we had sex. I felt bad after we had sex with my best friend for the first time. But it became a recurring decimal.

We started seeing each other more often. Sometimes, I would spend the night at Effiong’s place. This went on for a while. Until one day, Ola came back from work unexpected and caught me red-handed having sex with my best friend (Effiong).

When he saw us, he called my name. And I was so ashamed of myself. He didn’t say anything; all he did was to leave the house. He came back late at night, I tried to apologize, he didn’t say anything, and he never mentioned anything about the incidence.

Read Also: Why You Should Make Your Facebook Relationship Status Private

Ola Left Me And Relocated To Canada

I knew deep down that something was wrong. After sometimes, he told me he was going offshore as usual. Two weeks later, a Canadian number called me, guess who the person was? It was Ola; he told me that he’s resigned from his job and relocated to Canada. That he can’t continue with the marriage after seeing my pants down with another man on our matrimonial bed.

Oh! Effiong, he never picked my calls after my husband caught us together. I even visited him; my caring friend suddenly became a stranger. He didn’t also allow me inside his house. I mean, the same person who ruined my marriage with his fictitious caring, treated me like a piece of sh*t.

How I wish I could turn the hands of time, would have respected my husband and never befriend another man. Please, ladies, never allow the pest called ‘bestie’ to infest your marriage. Trust me; you shouldn’t have a male friend. Otherwise, it may be the beginning of the end of your marriage.

sex with your best friend
Previous Article Do You Know That Most Nigerian Girls Have 4 Boyfriends? By Arc Lala
Next Article Beautiful Love Messages To Motivate Your Husband At Work