Sigma males are rational in every aspect of their life. That is why they always have a unique perspective about life.

When in a relationship, they don’t allow their emotions to influence their decisions or overlook certain character flaws in a woman.

Regardless of how beautiful, intelligent, and exceptional a woman seems, once a sigma male notices certain traits, he loses interest immediately.

It doesn’t matter how much a sigma male loves a woman; the red flags discussed in this video will make him change his mind about her.

#1. Women Who Are Broke, Dependent, and Feels Entitled

Sigma males can’t stand broke and dependent women who feel so entitled. The lone wolves know that these women are a full-time liability.

They will drain you not only mentally but also financially. Sigma males believe that every broke woman is a distraction.

So, she needs to find a job and become independent first before she is ready for a relationship.

And for those who are entitled, they believe that since you guys are in a relationship, her bills automatically become your responsibility.

Once a sigma male notices this trait in a woman, he ends his relationship with her.

Don’t get it wrong; sigma males don’t mind taking care of their women. But dependent and broke women are pests. They are never satisfied and, most times, aren’t appreciative of what you are doing for them.

So, the sigma male would rather stay without a woman than be with a woman that’s broke, dependent, and has a sense of entitlement.

#2. Women With a Male Best Friend

Sigma males frown at it when their woman has a male best friend. That relationship just can’t work.

Don’t get me wrong. The sigma males are not insecure. They understand human beings a lot to know that most of these male ‘besties’ always have ulterior motives.

More often than not, ‘male besties’ are the custodians of these women’s emotional garbage. They tell their bestie anything, even what is happening in their relationship.

Sigma males love keeping their affairs private. They want everything that happens in their relationship to stay in the relationship.

To a sigma male, any woman with a male best friend can’t be completely loyal to the relationship.

For a start, the male besties often have hidden feelings for the women. And during the process of sharing problems, many emotions are transferred.

Most times, when a male ‘bestie’ gives a woman a shoulder to cry on, he may also give her a ‘dick to ride on.’

Furthermore, when there’s a male best friend in the picture, it creates unnecessary competition. And this is something a sigma male can’t do.

If you know the lone wolves so well, you will realize that they don’t try to impress anybody. According to research, a woman tends to develop feelings for her male best friend because she only sees his good side.

Sigma males don’t like competition in a relationship, and once you have a male bestie that you spend too much time with, he walks away from the relationship without argument.

#3. Women That Are Not Intelligent

Sigma males are brilliant, intelligent, and focused. And they always want to be with a smart and intelligent woman. Someone that can have an intellectually stimulating conversation with him.

This may sound surprising, but sigma males can’t stand unintelligent women. To date a sigma male, you must have invested in yourself.

Sigma males can’t date a woman who can’t communicate very well. Communication is key to the success of every relationship.

So, if a woman can’t have a proper conversation or communicate how she feels with the sigma male, she can’t vibe well with her.

Women with low self-esteem are problematic. Sigma males can’t cope with them because they always feel insecure, jealous and seek attention and validation everywhere.

Once a sigma male realizes that his woman has low self-esteem, he ends the relationship immediately.

Have you ever dated a woman with these traits? Kindly share your thoughts in the comment section. 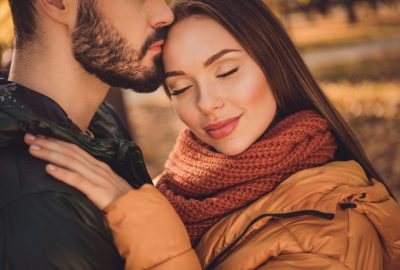 For every other person, falling in …